I am really not a tax lawyer. This will become obvious soon enough, but it’s important for my readers to keep in mind from the very top. Still, this spoke to my heart:

I sometimes think I missed my calling as a tax lawyer. Tax lawyers, if they are any good, approach the world with a childlike sense of wonder. Someone (Congress) has given them a magical toy (the tax code) to play with, a toy whose possibilities are limited only by their imagination. And their job is to come up with new games to play with it, new combinations to try, new solutions to the riddles hidden in the code.

Well, Congress gave Americans a new toy, and so far all rationalists / effective altruists have done is whine about it. I actually think that Scott’s thinking about the tax plan is very confused. The tax code is not a purchase of $100 billion, it’s better thought of as enacting a transfer and establishing a set of incentives. The transfer is mostly from people who will pay taxes in the future (young Americans) to people who owned American stocks in 2017 (older and richer Americans). This part isn’t great. The incentive is for people and corporations to make money in the US. This part isn’t terrible.

We can compare this to Bernie Sanders’ free college plan, which Scott thinks is better. Subsidizing college would transfer money from taxpayers to colleges, which is pretty bad. It will also incentivize marginal students to waste more precious years in colleges while making the zero-sum game of credentialism and signaling ever more destructive, this part is really fucking bad.

The tax plan is poorly thought out, unfair to blue states, and inefficient. But it’s not a catastrophe – it’s not even as bad as free college. But it doesn’t matter how bad we think the tax plan is, the plan is here to stay (for at leat a few years). The important thing to focus on now is how do we exploit it?

If we’re playing a board game and you munchkin the rules, I can complain that you’re following the letter of the law but not the spirit. But the government can’t complain – it writes the rules, and it does so with the full expectation that every citizen will do their damnedest to exploit them as they are written. If we’re worried that greedy plutocrats get most of the gains from gaming the system, that just means that good folk like us need to step up and do our fair share of optimizing.

I’m going to offer some ways for people who donate to charity to pay less tax, based on my reading of the new tax plan.  To my non-American readers: this may not be super relevant to you, unless you just enjoy reading someone geek out about taxes. Please accept this photo of hedgehog Republicans as an apology, and come back next week for a globally-relevant book review.

If safeguarding the future of humanity wasn’t enough to get you to donate, perhaps knowing that you can swindle the government out of some tax dollars will inspire you to join us. If Putanumonit inspires you to donate I’ll give you credit at the bottom of this post, and you could also be on the MIRI top contributor list along with several Putanumonit readers.

Speaking of speaking of donations: you can donate to Putanumonit, as a few readers have done so far. This is not very effective and will not help your taxes in any way, but I won’t judge you harshly for it.

And now, on to the tax schemes! Some of them are more “common sense advice” than schemes, but this way sounds more daring. Also, #5 is definitely a scheme.

Scheme #1 – Donate this week and DAF it

Legality: The tax plan is practically ordering you to do it.

The main change affecting charity donations is the increase in the standard deduction to $12,000 for singles and $24,000 for couples, and the elimination of most itemized deductions. What this means in plain English is that from now until 2026 at the least, if your itemized deductions don’t add up to $12k, you don’t actually get to deduct them from your taxes. Unfortunately, donating to charity is one of those itemized deductions.

According to estimates, 94% of people won’t itemize their deduction next year. and so won’t get to deduct donations. But in 2017, the standard deduction is only $6,350, and you can itemize a lot more things – most importantly, your state and local taxes. Donate as much as you can before 2018 strikes, and you’ll get a tax break on all of it.

If you’re not sure where you would want to donate in the upcoming years, you can postpone that decision but still get the tax benefit today. Simply open a donor-advised fund like this one. Your money/bitcoin/securities/mutual funds are set aside and you can decide when and where to donate the money later. Until you decide, your assets are invested and earn interest.

Impact: 12%-37%, whatever your marginal income tax rate is going forward.

Here’s how to make the most of this strategy:

Invest – Unless you see a unique opportunity to donate in 2018-2019, invest the money instead of donating it. When the time comes for the concentrated donation, there will be more money to donate.

Buy a house – The mortgage interest deduction is an inefficient and unfair transfer of money from poor renters to rich homeowners. So of course, it’s the only big itemized deduction that stayed in the tax plan (up to $750k). Still, you can use it to your advantage by donating the year after you take out a mortgage. A $480,000 mortgage at 5% charges $24,000 in interest in its first year, that’s the entire standard deduction for a married couple. That means that with a mortgage you’ll likely itemize your deductions and get to deduct donations.

Don’t marry – it doubles your standard deduction. Unless, of course, you’re marrying to give.

Legality: Honestly, I have no clue. Probably OK, but I couldn’t confirm one way or another. It’s definitely the shadiest scheme on the list.

Impact: The marginal income tax rate of your richest friend who just bought a house.

So we figured that you want to donate a whole lot at once, and do so in a year when you make money and have a mortgage. But what if it’s your friend/family member/favorite blogger who is planning to itemize their deductions because they’re rich/mortgaged/effective altruists?

In that case, you might be able to gift them the money, and they’ll donate it instead.

The IRS defines a “gift” as a “transfer of property by one individual to another while receiving nothing, or less than full value in return”. On first reading, it sounds like a gift-for-donation is still a gift. Even if anyone could prove in court that Friend A donated in exchange for receiving a gift from Friend B, what “value” exactly did Friend B receive? A clean conscience?

Again, I am not a tax lawyer, or any lawyer whatsoever, and this seems like a question for lawyers. The only thing I know is that any person can give any other person $15,000 next year without having to report or pay taxes on it. A couple can give another couple $60,000, since the limit applies to every unique combination of giver-recipient separately. And if a person who takes the standard deduction gives a $10,000 gift to his rich friend with a mortgage, the rich friend could donate $15,000 and still come out ahead!

One last piece of I-am-not-a-lawyer advice: if you’re planning to take advantage of scheme #3, you should leave a comment below saying how it’s a terrible idea and you’d never even consider doing it. You know, to cover your tracks if the IRS checks.

Scheme #4 – Donate Bitcoin, Dogecoin, Litecoin or any other appreciated asset 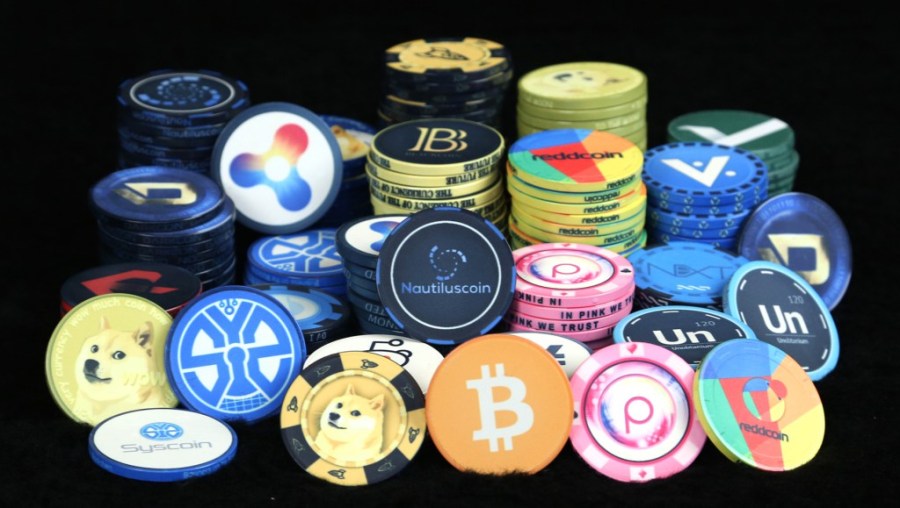 When you sell an investment for more than what you paid for it, you have to pay capital gains tax (15%-20%) on the difference. But if you donate the investment, you don’t and neither does the charity!

In the absence of cryptocurrency, you should donate whatever asset appreciated the most relative to its original value. Stocks, bonds, private shares, oil royalty interests, mutual funds, even real estate. Anything that’s subject to the capital gains tax can be donated to avoid the tax.

The ABC of donating effectively is Anything But Cash.

You get the most benefit by donating an asset that is worth a large multiple of what you paid for it. But what if you don’t own anything that multiplied in value? It’s not like investments with triple-digit returns are lying around free for the taking.

Scheme #5 – Cryptonumonit LLC (previously Putanumonit) is pivoting to focus on mumble mumble blockchain mumble mumble crypto and you should invest all your cash in my upcoming Jacobcoin ICO that’s guaranteed to triple your money.

Don’t click on either of those links if you value your sanity.

Legality: Probably. I should email Matt Levine and ask.

Impact: Less than 10% after expenses, but you get to feel like a real badass.

Credit: My clever friend Tom, whose full name is withheld in case he’s actually going to do this scheme.

OK, MacGyver, strap in. All the advice so far in this post has been “n00b donating for dummies 101”. Your fingers are itching for a real scheme. You want some financial engineering.

Donating an appreciated asset is only useful if you have an asset that appreciated. A lot. The only single investments that are “guaranteed” to double in value quickly are Ponzi schemes and Jacobcoin. But, you can buy a pair of investments, one of whom will be guaranteed to gain a lot as long as the other drops.

The obvious way to do this would be by buying Bitcoin futures in one account and selling in another, but the margin requirement on shorting Bitcoin are something like 50% and your firstborn child. Bitcoin is a bit too volatile for this scheme. For our example, we’ll look at something a bit more down to earth. Inside the earth, in fact.

Yes, this scheme is only slightly less convoluted than the conceptual penis, but it’s beautiful. Governments spend centuries of effort on making sure their citizens pay full taxes, and we can outwit them by doing a dance with the numbers. Best of all, this scheme only works for people who are planning to donate to charity – selling UWT for your own gain drops the tax hammer on you in full force. Effective altruists win, and we do so effectively.

So y’all go donate now. In the meantime, I’m going quit my job and become a tax lawyer. This stuff is fun!