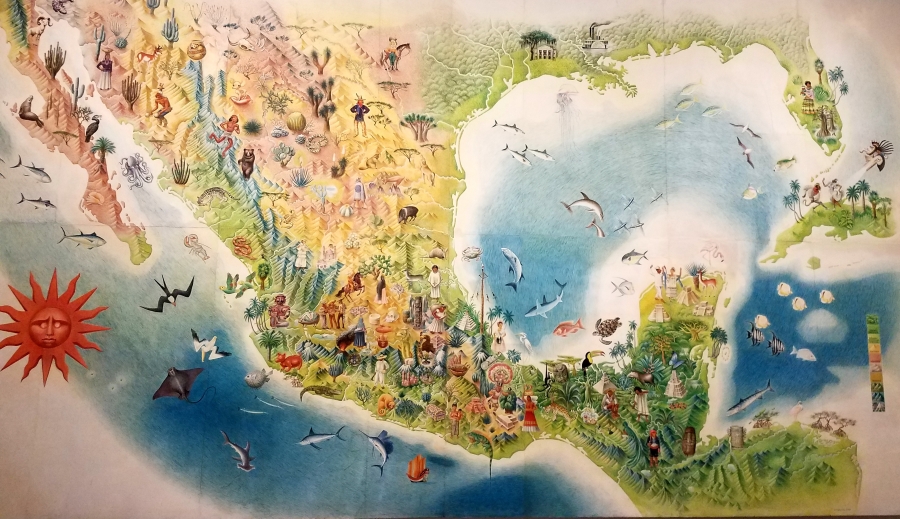 From the moment I step onto the plane to Mexico City, a bunch of small but noticeable differences make it clear that I’m no longer in the US. Seat belts are half the length of US airlines, but no one bothers to put them on. There’s a women’s only restroom on the plane, and guys actually avoid using it.  And there’s not a single can of CranApple to be seen: even in economy class attractive flight attendants are pouring 1800 tequila straight from the bottle.

This last detail reminded me of flying to Moscow with Russian airlines, a trip I happened to take many times in the four years I happened to date a Russian. For some reason, this made me spend the four days in Mexico City mentally comparing it to Moscow. Since four days didn’t give me enough Mexico thoughts to fill a post, I’ll use this opportunity to share some of my Russia thoughts as well.

Content warning for Rusophiles: when I have thoughts about Russia, they usually aren’t positive.

My parents left Russia when I was four, and on the way out were extorted by emigration officials who threatened that I wouldn’t be allowed to leave if they didn’t pay an extra bribe. The Russian pilot of our flight to Tel Aviv realized that it’s his last chance to be a dick to this particular bunch of Jews, so he stranded us in Cyprus instead of landing in Israel. Living in Israel for two decades involved jumping into a bomb shelter every once in a while; the majority of the rockets flying overhead when that happened were made in Russia.

Today, I think that Putin is the second greatest force for evil in the world, narrowly trailing Moloch. In Tbilisi, Sevastopol, Aleppo, and in your Facebook feed, a remarkable number of bad things that happen have Putin’s fingerprints on them. Democrats and Republicans take turns hating on him, but I’ve held a strong anti-Putin stance since the day he probably killed 130 of his own citizens to consolidate his power and promote a platform of sacrificing liberty (and Chechens lives) for the sake of pretend-security.

I’m not alone in this: Russia has a mere 33% favorability rating among major nations, compared to China’s 42% and America’s 46%.

So, I wasn’t super excited when Mexico City started reminding me more and more of Moscow. It’s enormous, with a commercial downtown surrounded by endless residential blocks fading into bad poverty on the outskirts. The subway is crowded, smelly, and quite efficient (thus equal to the MTA on two categories and better on one). Like Moscow’s metro, it is ridden almost exclusively by working class people and me, the lone gringo, while rich people prefer to spend a couple of hours in smoggy traffic.

And there are a lot of uniforms, everywhere. Uniforms directing traffic on every corner, uniforms with rifles outside every building, even an armed guard inside a Starbucks making sure you don’t steal muffins. Common advice in Russia is to stay away from people in uniform, so the preponderance of uniforms was making me a little uneasy.

But after spending a couple of hours in Mexico City, it becomes very clear that it is a very different place. First of all, I see several gay couples making out on benches in the city parks. This is a remarkably good barometer of how oppressive or tolerant a country is. In Russia, of course, being gay in public is kinda against the law.

Later on I was walking in La Condesa, a lovely neighborhood that was severely damaged by last month’s earthquake. There was a platoon of military police, looking tough in camo uniforms and helmets, forming a line to block access to one of the streets. Then, something rather strange happened.

One of soldiers turned around for a few seconds, and a bunch of locals immediately ran through the resulting gap in the line and onto the quarantined street. The soldier ignored them. Confused, I walked up to the soldier and asked if I could pass through the street. He said something in Spanish that sounded like ¨no fucking way¨. Then I pointed at the people walking behind him. The soldier sighed, shrugged, and turned away for a couple of seconds so I could walk behind him too.

The dude was standing there because he was paid to stand there, but he didn’t feel any urge to exercise his power and get in anyone’s way. Russians in uniform are rarely shy about exercising their power.

As someone with a generally libertarian view of public policy I should be bothered that all those uniforms in Mexico City are paid with taxpayer money, but I really don’t mind paying anyone who leaves me alone. “There are few ways in which a man can be more innocently employed than in getting money” said Samuel Johnson, and I think that the same is true of governments (and internet companies). The fact that New York has city tax on top of state tax on top of federal tax bothers me a lot less than the fact that it’s illegal for me to pet-sit my neighbor’s dog.

Take my money, just give me personal freedom. 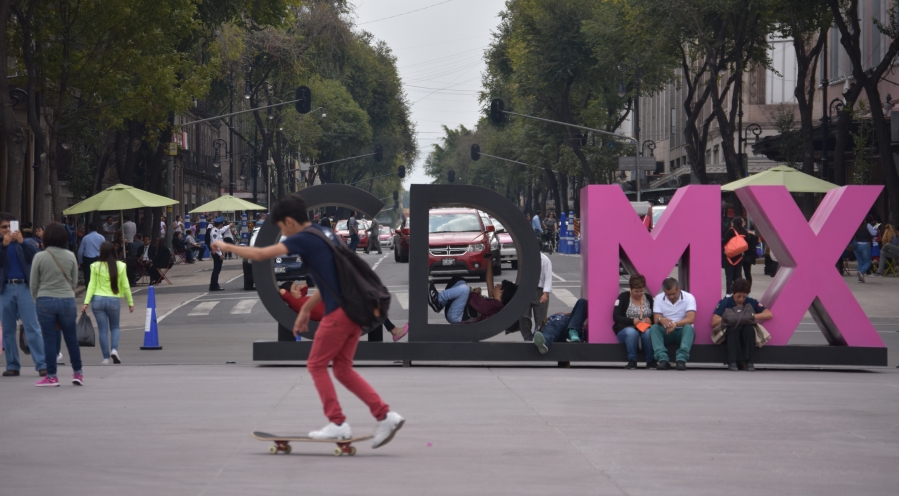 My negative feelings towards Russia are mostly directed at the Kremlin and not the people themselves, but this question of money and personal freedom is where the two are hard to separate.

Mexico is only 1 point better than Russia on the global corruption index, but it’s 45 points better on the global freedom index (both indices go from 1-100). My quick impression (from two trips and a few friends) is that the Mexican people are willing to tolerate a corrupt government so long as it doesn’t step on their freedoms.

In contrast, the Russian government makes its money off oil and mining, so it doesn’t need to tax its citizens much (income tax is capped at 13% and few Russians pay even that). It also doesn’t offer them much in the way of freedom or democracy. And a pretty high number of Russians are quite happy with the trade-off.

There could be a nation-level evaporative cooling effect: millions of Russians emigrated in the 1990s, and around 1.5-2 million more have left since Putin became president in 2000. Many of those moved to countries with greater personal freedom, so it’s almost certain that the average Russians who emigrated were much more concerned with freedom and authoritarianism than those that remained. That’s true of my family: the reason why I personally find Russia contrary to my character is probably the same reason why we left.

And yet, the percentage gap in Russians’ attitudes on these issues is too large to be explained simply by people moving around. Some of the gap is due to deep cultural and historical components of the Russian character that I know little about. And some is due to the very energetic work of the authoritarian government itself.

The classic method of keeping a citizenry in line is by making them fearful of external threats. Since the Kremlin possesses almost total control of the press and Orwellian propaganda skills, spreading paranoia in Russia isn’t very hard. I’ve had a wealthy Russian businessman tell me how the CIA poisons Russian crops to weaken the Russian army. He didn’t treat this claim as a conspiracy theory, but as a widely known fact.

In contrast, Mexicans seem to have a positive view of almost all nations, as long as they don’t face them in a soccer tournament. This includes Americans, whom the Mexicans for sure won’t face in the upcoming world cup. Mexicans actually have some legitimate grievances against the yanquis: the US conquered a huge chunk of Mexico by force, and is now threatening to build a wall to keep Mexican fruit pickers and line cooks out of it. But on the whole, Mexico seems rather chill about it.

Mexicans like to practice their English, watch the NFL, and listen to Maroon 5. They also, for some strange reason, really love Captain America (I personally am on team Stark). There are a ton of little Mexican kids in Captain America t-shirts, girls with Captain America phone cases, and this: 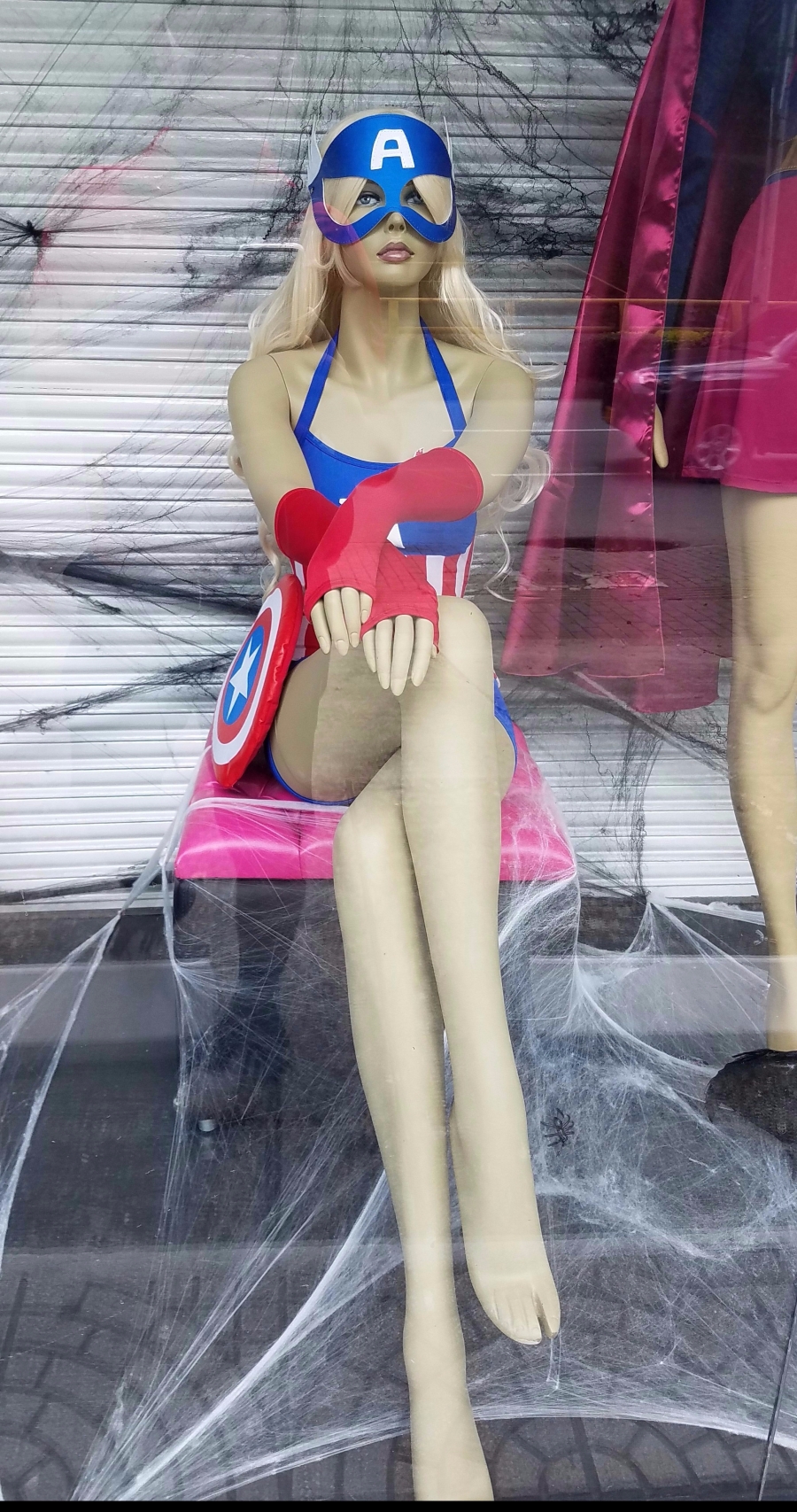 Besides not being Russia, here’s a list of other things I loved about Mexico City in random order: